In the evening we met with Cindu Chandra who works in radio. She used to present the breakfast show on Radio Indigo so we were able to talk to her more about the station we had just visited. As someone who is passionate about independent music and as a huge fan of British and American music she was clearly frustrated by the lack of radio coverage that independent music gets. We had an interesting discussion about how young people in India discover non-Bollywood music and it is clear that in more wealthy families young people are exposed to a wider range of music and so the majority of young people won’t get to discover new music until they go to college – which of course not everyone does. As a result the audience for new independent Indian music is quite small.

Up until now FM radio stations have not been allowed to broadcast news articles. This has been an attempt to control news by the government but they are going to change this in the near future. We were all quite shocked to hear about the ban on news broadcasts! Interestingly the change has probably come about because the government realised how useful radio can be during the floods in Bombay a couple of years ago because it was radio that got the emergency messages out to the public.

Another fascinating insight into radio here was learning that unlike the UK where record labels go to all sorts of lengths to get their music played on radio as they understand the marketing power of the medium – in India record labels have been battling with radio stations as they feel threatened by the music being broadcast for free. Presumably this is to do with people recording off the radio instead of buying the tracks? There was a hint of this when Radio India told us that they get SMS texts during shows asking the DJs not to speak over the intro of songs as they want to tape it!

After meeting Cindu we went off to Opus a restaurant/bar that also has an associated radio station and live music programme. It was an amazing place: 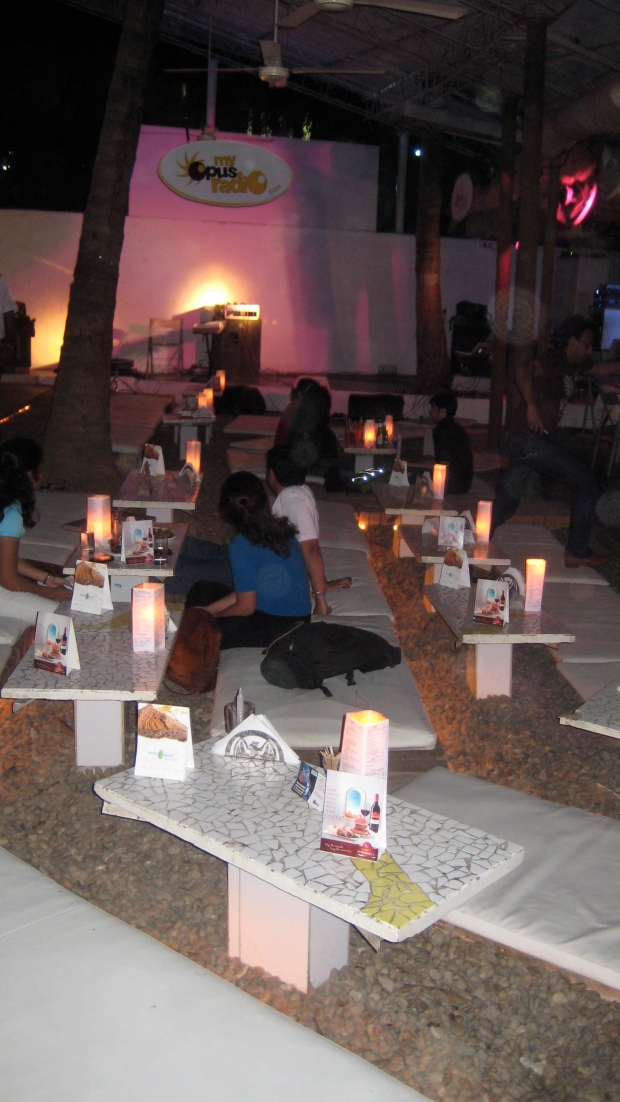 There was some music – we were told it would be four part singing – so I was excited. It was in effect an amateur group with an audience of loyal friends and colleagues – not so different to my choir Notorious in Brum then! Here is a taste:

We met the owners of Opus and like everyone else we have met far – they own several businesses which allows them to win some and lose some at times. They have just started Opus radio and were excited about extending their music programming from their venue through to  broadcast. 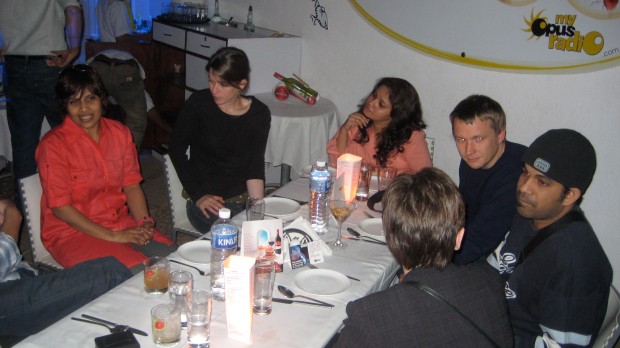 Ok – so Adam wants me to add his dancing video so here it is: